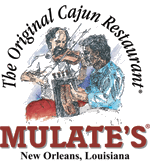 he holidays are over, in New Orleans we begin the next season….Carnival Season!

There are lots of parades, marching bands, beads, and balls coming our way. One of the very first parades includes the Joan of Arc Parade which will occur on January 6th, 2017.

The 9th Annual Joan of Arc Parade walks in the French Quarter in honor of Joan of Arc’s birthday, January 6th. Celebrate Twelfth Night, medieval style! Watch the story of Joan of Arc unfold in a moving medieval theatrical piece with NOLA flair as you collect unique handmade and artistically enhanced thematic throws, see several Joans of Arc on horseback, hear Celtic and brass and percussive music, and see people of all ages in medieval costume!  The parade contains approximately 300 walkers and lasts approximately 90 minutes to 2 hours. For route, more information, photos, and ways to get involved, visit http://www.joanofarcparade.org.

The parade typically starts on time at 7 sharp and makes 3 pauses for a bit of medieval pageantry: